What about aggressive behaviour in Alzheimer’s?

Dementias are psychoorganic syndromes characterized by acquired loss of cognition and behavioural disorders that cause patients to have a reduced ability to perform daily elementary activities, impairing their quality of life. Today, more than fifty diseases are known to cause dementia, the most common being Alzheimer’s, which is estimated to cause 60-70% of all cases of dementia. It is a progressive and irreversible neurodegenerative disease that mainly affects the elderly; about 10% of people over the age of 65 have Alzheimer’s dementia (AD), while in those over the age of 85 the prevalence climbs to over 30%. The first symptoms in its early stages include mood swings, apathy and anxiety; as the disease progresses, memory disorders, irritability, psycho-motor restlessness and aggressive behaviour occur. Recent studies have shown that non-cognitive symptoms, such as aggression, are the biggest burden on families and other caregivers, as well as the main trigger for patient hospitalization.

According to Bartol, aggression is a behaviour with the intention to harm another person or destroy an object. The prevalence of aggression in patients with AD is between 30 and 50%. Its occurrence is associated with the spread of pathological changes to parts of the brain associated with aggressive behaviour, such as the orbitofrontal and anterior cingulate cortex; several studies have shown that the accumulation of neurofibrillary tangles, caused by tau protein hyperphosphorylation, is directly related to aggression6-8. Furthermore, hypoperfusion of the anterior temporal lobe, dorsolateral prefrontal cortex and upper parietal cortex is thought to contribute to the creation of an abnormal emotional response to environmental stimuli, in such a way that even the most insignificant occasion can cause verbal or physical aggression. Reductions in cholinergic and serotonergic markers have also been associated with agitation and aggression in AD. In addition to this neurobiological background, there are other, indirect factors that can lead to aggression. For example, acute or chronic pain (e.g. arthritis), sleep disorders, increased forgetfulness, impaired privacy, acute illnesses (various infections and inflammations), drug side effects – all of these can lead to frustration and consequent aggression. It should be mentioned that in practice, patients themselves are often victims of aggression due to misunderstandings, but this aspect of the disease has not been systematically investigated. 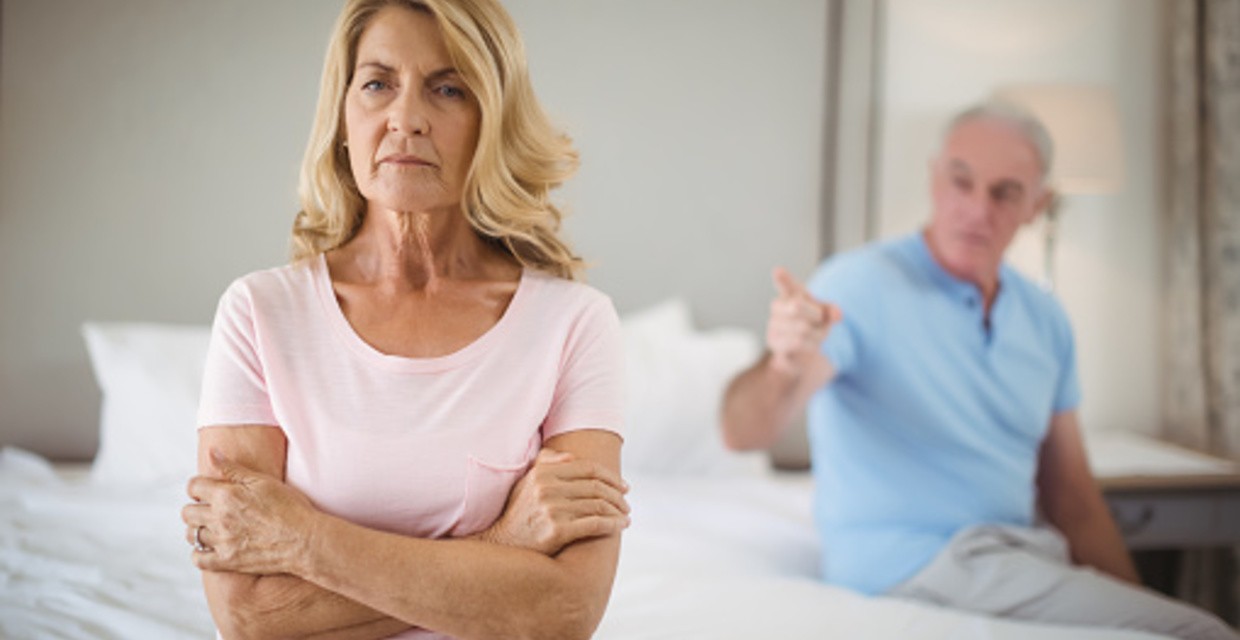 Most guidelines recommend non-pharmacological approaches as first line treatment options, unless, of course, the patient already has an advanced or severe form of the disease. For people who are occasionally irritable or frustrated with their situation, supportive psychotherapy is usually sufficient. Adequate education of the family or care staff is also important, in order to explain them that occasional aggressive outbursts should not be followed by their negative attitude nor opposition of patient’s beliefs. It is recommended to try to distract them with activities they like. It is desirable to keep the patient as long as possible in a family environment, in a space that is adapted so that they cannot wander, fall or injure themselves in any way; mechanical restraints should be avoided. Adequate lighting is important for the patient’s sense of security because it prevents the formation of shadows that can cause fear and insecurity. As long as their psychophysical condition allows it, a daily routine filled with familiar activities, such as joint shopping trips, joint strolls through familiar parts of the city and visits to close friends or relatives, are recommended.

Given the side effect profile, most randomized controlled trials include atypical antipsychotics because of their lower potential of causing psychomotor issues. In studies examining the treatment of aggression in dementia, risperidone has been shown to be the most effective antipsychotic, in a lower daily dose 10,11. In any case, antipsychotic therapy in AD should be carefully and gradually titrated, preferably for a shorter period of time and in the lowest possible doses. Also, a meta-analysis of placebo-controlled antipsychotic studies has shown that there is a higher risk of mortality when using antipsychotics in people with dementia, therefore careful assessment of each individual case is warranted. On the other hand, evidence for the use of antidepressants in the treatment of aggression is limited. A study conducted by Pollock and associates, on hospitalized psychiatric patients with dementia, showed that citalopram, an antidepressant of the selective serotonin reuptake inhibitor (SSRI) class, has the greatest effect on suppressing aggression. Drugs such as donepezil and rivastigmine have been shown to be effective in improving cognitive function, but so far there is no evidence that they are useful in treating aggression. Carbamazepine is used as a mood stabilizer in nonpsychotic patients with behavioural disorders. In Canada, given the efficacy and profile of side effects, it is considered a second line of therapy for agitation and aggression within AD; as the first line of therapy, they cite the already mentioned risperidone.

Aggressive behaviour in AD patients is a relatively common phenomenon that is best prevented by nonpharmacological interventions such as supportive psychotherapy, which should contain a large dose of understanding for the patient’s feelings and problems, as well as removal of a possible source of discomfort. In some cases, the same techniques used with small children can be of help, such as plain distractions. If these approaches are not sufficient, other persons who may be subject to his / her aggressive behaviour should be moved away, individual’s living space should be adapted and professional help from a family physician, neurologist or psychiatrist should be sought. After gaining insight into the patient’s condition, the doctor will consider the use of pharmacological therapy.

Leng F, Edison P. Neuroinflammation and microglial activation in Alzheimer disease: where do we go from here?. Nat Rev Neurol 2020.