The Violence Research Lab ‘logo’, or to be more accurate its visual identity, was developed by Assoc. Prof. Dr. Getoš Kalac, Head of the Violence Lab (‘logo’ copyright). It is a combination of a photo mark and a word mark, representing with the photo her research idea, and with the words her research project – basically the ‘what’ (violence) and the ‘how’ (through the Violence Lab) of her scientific work. The photo-part of the ‘logo’ is intentionally raw, realistic, bloody, and shocking, in order to disclose the actual core of violence, its very essence, while provoking an immediate and strong reaction from the observer. It has already proven to be highly controversial, but with far more positive than negative feedback. 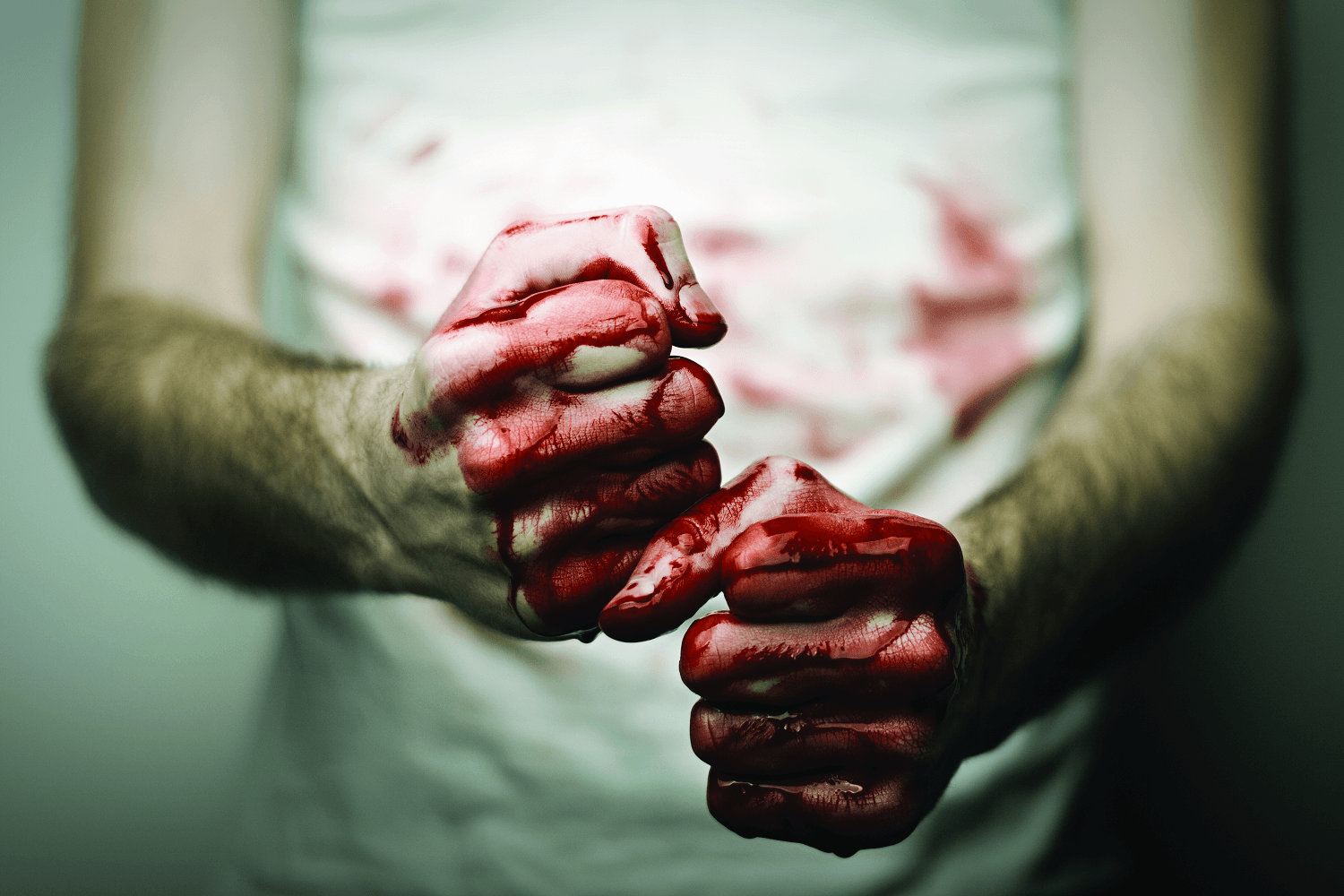 Searching for a visual depiction of violence that might become the basis for her Violence Lab logo, Assoc. Prof. Dr. Getoš Kalac looked through countless drawings and photographs. However, none of them displayed the dynamics, force, physics, essence and sterility or even ‘scientificity’ of violence she was looking for in order to visualise and brand her research idea and her work. Then she came across the photography “Bloody fists” by Ryan Jay (photo copyright). It immediately struck her as the unspeakable and unexplainable ‘something’ she was looking for. Brutal, but real. Realistic, but sterile. Captured, but dynamic. Violence at its core captured on a photo – stripped of its social context, the victim, the perpetrator, the motive, the consequence. It was simply violence in its purest visual form – perfectly reflecting Assoc. Prof. Dr. Getoš Kalac’s research idea, which first focuses ‘only’ on violence and only after truly understanding it as such takes a next step and addresses it in its complex social context.

The initial ‘logo’ idea as developed by Assoc. Prof. Dr. Getoš Kalac was eventually graphically fine-tuned by a professional graphic designer (adeos-design). However, none of this would have been possible without the committed tracking down of the photo’s author by Petra Šprem. Thank you!