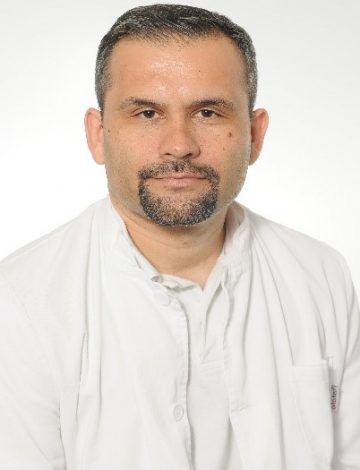 Vjekoslav Peitl is an assistant professor at the Department of nursing of the Catholic University of Croatia. He also works as a psychiatrist, subspecialising in biological psychiatry, at the Department of psychiatry of University Hospital Centre Sestre milosrdnice. Along with teaching and clinical duties, he is also scientifically active, having authored and published over 50 scientific and professional articles. He has also co-authored a book on schizophrenias and authored over a dozen book chapters in university textbooks. His main areas of professional interest include schizophrenia spectrum disorders, psychiatric neurobiology and genetics, psychopharmacology and somatic factors influencing psychiatric states. He successfully defended his PhD thesis “Depressive symptoms in schizophrenia and dopamine and serotonin gene polymorphisms” in 2017 completing his postgraduate Biomedicine studies at the Faculty of Medicine of the University of Rijeka. In 2005, he successfully graduated from Medicine at the same Faculty. Beside from being an active member in several professional associations (Croatian psychiatric association, Croatian society for schizophrenia and the disorders from the schizophrenia spectrum, Croatian society for psychosomatics in gynaecology and obstetrics, to name a few) he is currently holding the position of a deputy editor of an international peer reviewed journal “Archives of Psychiatry Research”. He received several awards and honors for his work and research, most recent being those from the Croatian psychiatric association for the best Ph.D. thesis in psychiatry and for the research article published in a journal with the highest impact factor, both in 2017.