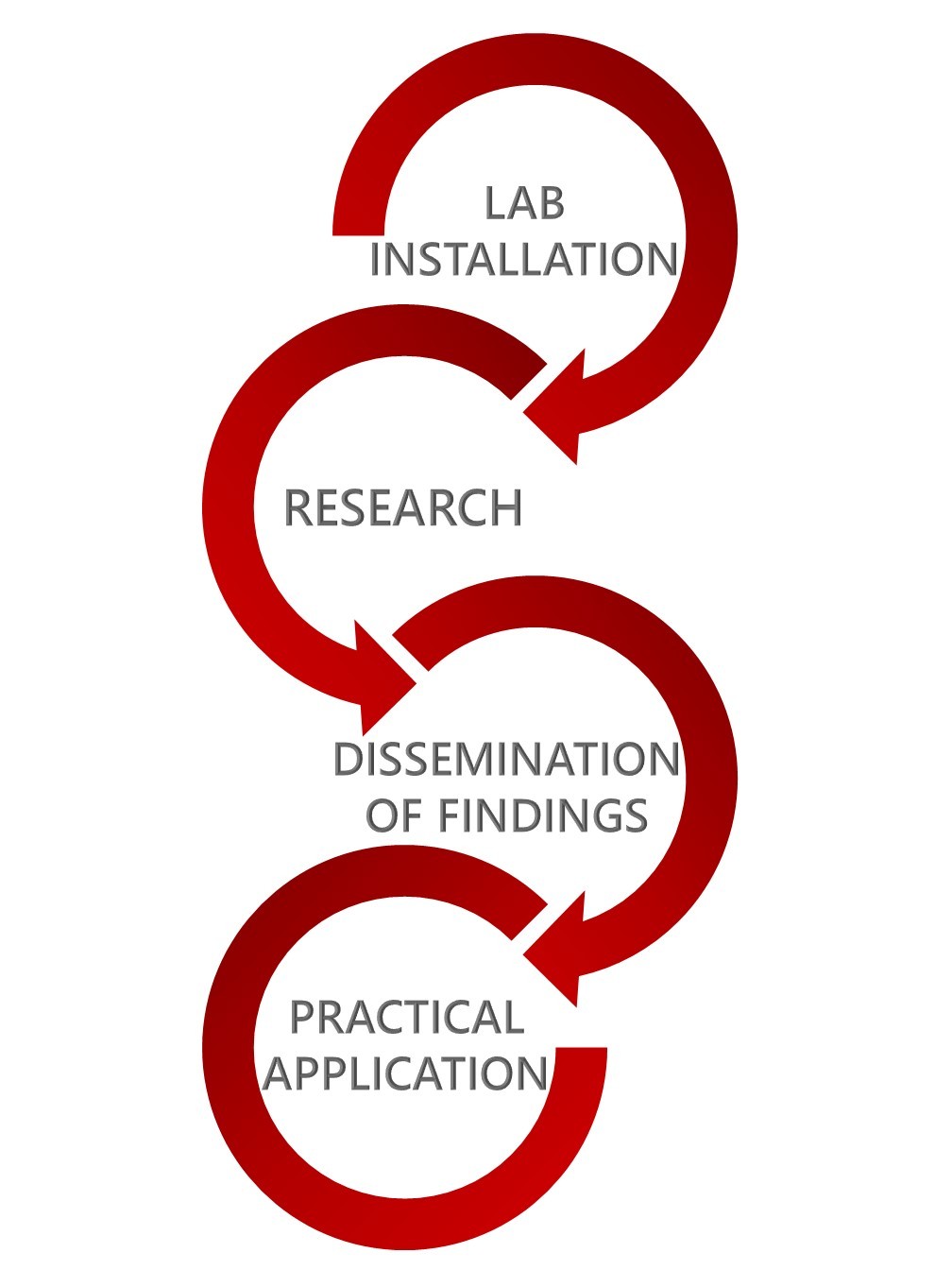 Our project tasks can be grouped in 4 key tasks, which are obviously all interrelated and interdependent, but still have a detectable and distinct purpose aimed at fulfilling the overall research objectives. Before providing a detailed description of the key tasks, we provide a summarised overview, that highlights the interconnection of the key tasks in terms of content, time and outputs:

In the first phase it has been crucial to formally establish the central Violence Research Lab at its host institution in Zagreb, as well as all the 4 regional labs (Zagreb, Split, Rijeka and Osijek). Besides formally establishing the Violence Lab, the first project phase also needed to consolidate the lab members, most of which never met or cooperated previously. Since the project proposal was mostly written by only 3 Violence Lab members (Assoc. Prof. Dr. A.-M. Getoš Kalac, Dr. R. Bezić, P. Šprem), with virtually no funds or time for broad consultations with all the initial 16 members of the planned research group, it has been essential to enable input of ideas and expertise from all Violence Lab members, in order to concretise and finalise the research design and coordinate individual tasks and assignments. An additional challenge has been the conceptual set-up of the proposal based on 2 PhD researchers (one for the normative component, the other one for the methodological and empirical component). Although this turned out to be accepted by passing the administrative preselection and positive project evaluations, at the project’s contracting phase severe problems emerged – only 1 PhD research position per approved grant was established as a rule. So, basically the Violence Lab started off with only half of planned personnel resources and it took us almost one year to resolve the issue, while the project’s work plan had to be fully implemented. Nevertheless, we caught up with all the tasks and have meanwhile delivered even more outputs than have been initially contracted.

We have already successfully established the central Violence Lab at University of Zagreb’s Faculty of Law, and thus set up 4 regional labs in Zagreb, Split, Rijeka and Osijek, but also staffed the research group with 3 PhD researchers (installation task). Simultaneously the Violence Lab webpage has been created and a significant amount of time and energy has been invested into the creation of a recognisable visual identity and group cohesion, thus the project has been nation-wide presented to the general public and the domestic scientific community, whereas a total of 40 international presentations will establish the Lab’s presence in the international scientific community (visibility task). We also strive for actively popularising science and research and have in this regard come up with publishing bimonthly news feeds on our web page, making research findings and questions available in an understandable format to a non-scientific general audience.

Finally, the installation of an independent research group, that in time becomes internationally relevant, is the main objective of the grant program of the Croatian Science Foundation, and at the core of the contracted project funds. Although the scope of success in fulfilling this task largely depends on the research task itself, it also involves numerous non-scientific activities and considerable resources for hosting, management, administration, accounting, controlling, reporting, coordination, communication and (non) scientific public & international relations.

In accordance to that, one of our key tasks is in fact to disseminate research findings concerning all the stated scientific objectives as soon as at least preliminary findings are available. In order to do so, we will publish free downloads of the research findings summaries on the Violence Research Lab’s webpage via themed Violence Research Lab scientific reports in English, alongside extensive Croatian summaries. On the other hand, in-depth research results will be disseminated into the relevant domestic and international scientific community through conferences, panels, presentations and books, as well as journal articles, according to the dissemination strategy specified in the Projects work plan. In the end, a final scientific dissemination result will be the “genuine violence classification system”.

As our final task, we have turned to the practical application of research findings with our aim being the improvement in the protection of particularly vulnerable groups of victims. Although there is a considerable amount of strategies and specific protocols already in place, preliminary findings based on practitioner consultations confirm the general impression. When it comes to the implementation in practice – they are not fully successful. This being especially true when it comes to the mandatory collection of statistical data on certain types of delinquent violence by all government institutions.

One of the reasons for non- or low-perception of these protocols in practice is their very general nature with a one-fits-all approach instead of targeted solutions for each institution involved in the process of preventing and detecting delinquent violence and cyber harassment. With that in mind, based on our research findings, we will offer targeted solutions via an overall national strategy paper with targeted manuals and protocols, as well as education and training. Furthermore, we plan to adapt our findings into the creation of a new course that would be of high relevance to any criminology, law or students with similar profession. Finally, our aim is to offer a “genuine violence phenomenology app” for commercial use.