Guns in the USA – protection or extreme vigilantism? (part II)

The further text is a continuance from the previous post and it pertains to the same topic. However, with the still active COVID-19 pandemic, it felt overly insensitive to name this post in the same matter.

We left the discussion off on the polarising topic of school shootings that have become nearly synonymous with the USA. Although seemingly a straightforward topic, with everyone naturally being against children fearing for their life in the classrooms, the polarisation derives from the issue of gun control. More accurately, there is a clear polarisation in the perception of guns in the USA with one side seeing it as a part of the problem (more guns = more violence) and the other as the only solution to the problem (only guns can protect you from guns).

Guns and America have gone hand in hand since the beginning, and it would appear that guns are a part of the American culture, with there being more civilian-owned firearms in the USA than citizens themselves (source). In fact, when comparing the USA with the rest of highly populated countries, from the picture below, it is clear that the USA is vastly dominant. 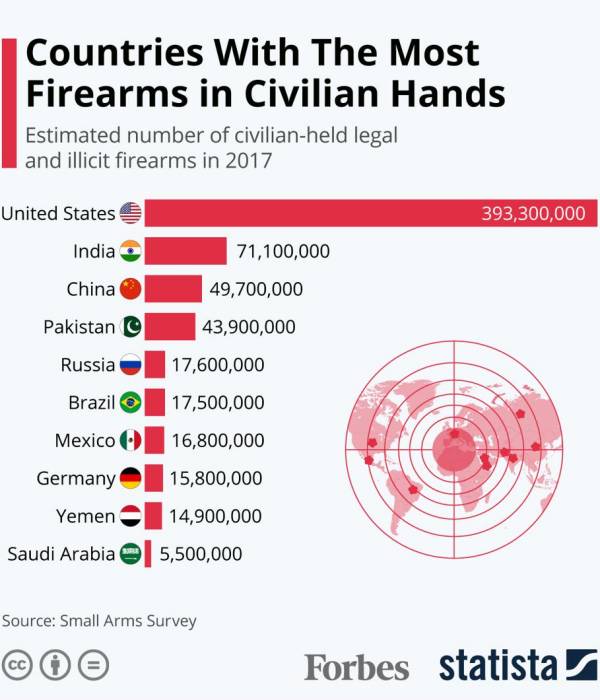 In fact, reports suggest that four-in-ten U.S. adults live in a household with firearms (source). It is therefore justified to come to the conclusion that guns are also something that children in the USA are more likely to come into contact with than in other similar countries. Unfortunately, living in the household with a firearm is not the only statistic that ties U.S. children and guns. Report suggest that firearm-related injuries were second most common cause of death of people under the age of 19 in 2017, as shown on the graph bellow.

A more recent reports suggest that these numbers are more likely to rise, rather than to fall. For instance, considering the measures many countries had put in place during the 2020, especially strict lockdowns, one would think that streets were safer when it comes to gun violence. Unfortunately, reports suggest that that wasn’t the case for the USA. On the contrary, the year 2020 marks a high increase in deaths by guns, as can be seen in the picture bellow. 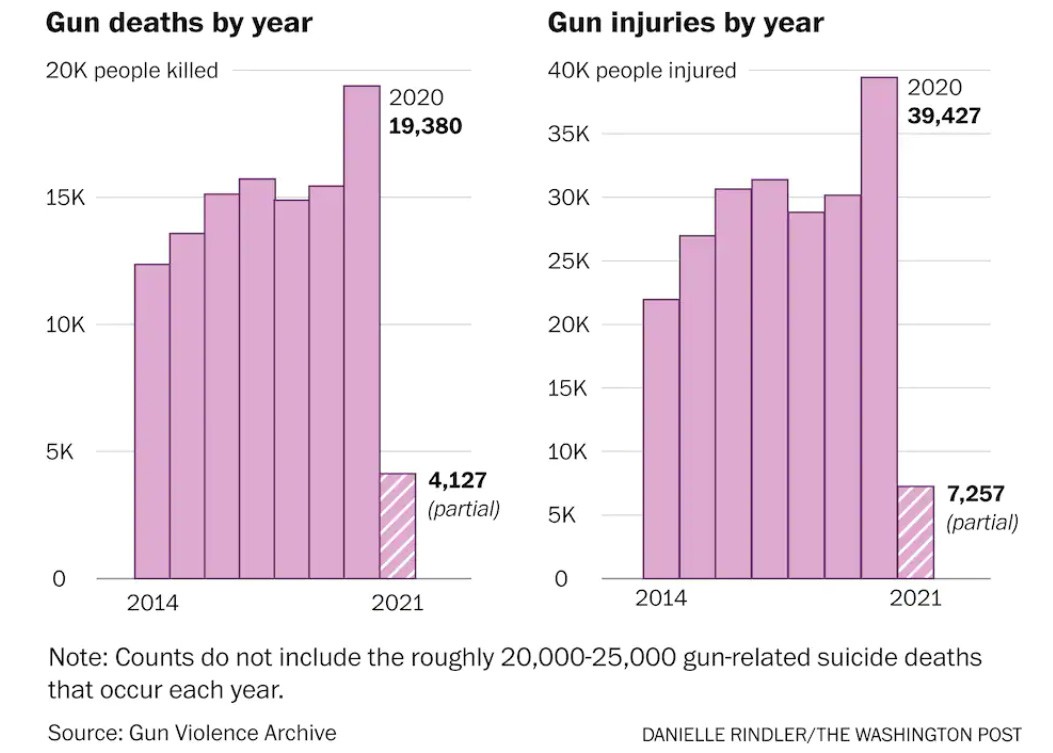 When considering the data presented above, one could almost say it was just a matter of time when firearms would enter the American schools. If we consider the fact that the society is under the influence of the culture it belongs to, it is possible that children who grow up in such culture do not consider firearms as alien. Perhaps this is where the explanation behind the phenomenon of school shootings lies. Bandura’s theory of social learning (explained in more detail in the previous post) teaches us that children will learn by watching what adults do much more than what they tell them to do, and American children are growing up in households where firearms are something normal. Does that simply mean this becomes their way of resolving conflicts in the future? If they are taught by mothers from a young age that “daddy has a gun to protect us”, won’t that create a positive image of guns in their mind? Won’t guns be a liable solution to deal with their bullies in the future, if that is what their dad uses on “bad people”? If they see their law enforcement using firearms so freely when dealing with possible suspects, as opposed to something being used only in extreme situations, won’t that (subconsciously or consciously) affect their perception? 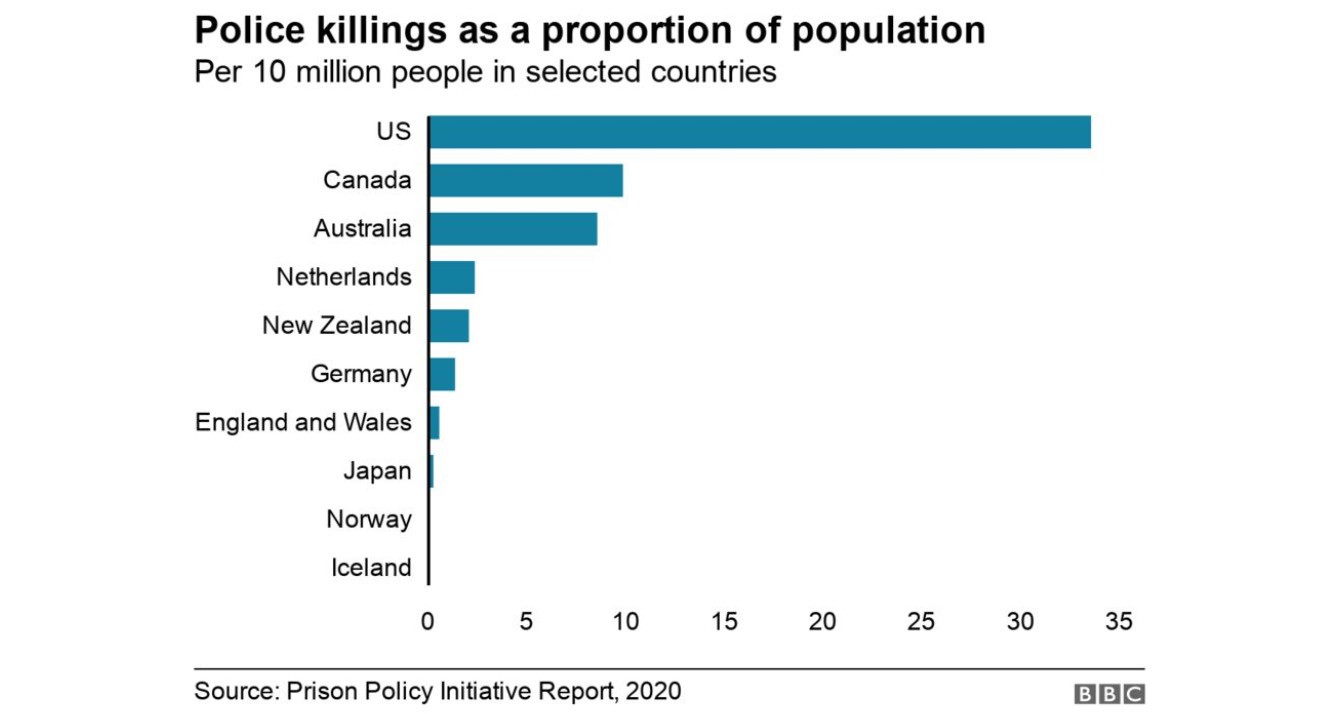 About 1,000 people a year are killed by police officers in the US, and most are shot dead.

However, if research suggest that many guns used in mass/school shootings/murders are in fact obtained illegally (Kleck, 2009), can implementation of stricter gun laws even resolve this issue? Methodically speaking, the only way to prove the main cause of these tragedies are the liberal American gun laws, would be to conduct an experiment where one finds a country with similar characteristics to the USA and gives their citizens guns and then waits and finds out if that would cause an increase in school/mass shootings/murders. This is of course impossible and morally highly questionable. Furthermore, every child eventually grows up and is capable of creating their own attitude toward firearms and becomes more capable of determining when shooting someone is an appropriate response, and when it’s excessive. From all the data provided, it would appear that even the “mature grown-ups" in the USA have a different perspective of it than the majority of the world.

So, what is the solution? How to break the vicious cycle of “more guns = more violence” without leaving the potential victims without the “the only thing that can protect them from guns”? It would appear that all that the USA can do is to take a look at the rest of the world, where children do not have ‘school shooting drills’ instead of ‘fire drills’, and apply the legal policies used there. Perhaps by changing the law, decreasing the level of firearms easily accessible in so many civilian households and improving the law enforcement’s training regime will society’s attitudes toward guns change. This would take time, and would for sure not be an easy process, but a safe childhood seems like a good reason to at least try. 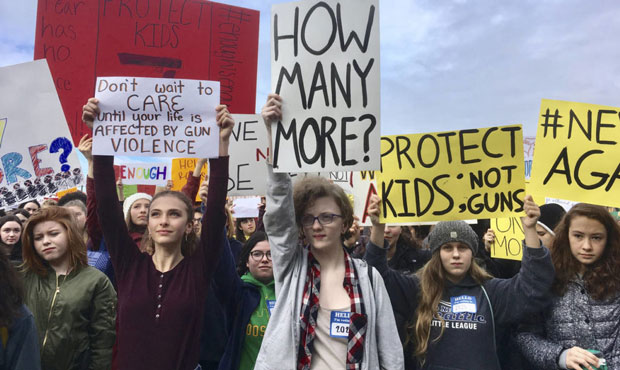