Violence against adults with disabilities

In the August of this year, the police received a report from a neighbour saying that in the courtyard of a house in Zagreb a man with tied arms and chains on the legs had been seen crawling to the rubbish where he was looking for food remains (source). A 38-year-old American citizen opened the door to the police. It was in the toilet that they found his older autistic brother weighing a mere 30 kilograms, with his arms tied at the back with plastic laces and the legs with police handcuffs. A meter-deep hole in the courtyard measuring 160×70 cm is thought to have been dug out for his brother’s grave.

Is this terrible example of violence against a man with disability an isolated case? We have found out about this case owing to the fact that this man managed to get out of the house despite having both hands and legs tied, also that a neighbour happened to see him. However, how many other people with disabilities are there experiencing violence while not being able to show they need help? According to the estimation of the police, the violence against the aforementioned man went on for around six months. Another case of violence, a sexual one, against a woman with special needs accommodated in a home for adults with disabilities, is assumed to have lasted for a few years (source).

What about other examples of violence that are not as cruel as the two referred-to cases, yet terrible because committed at the expense of the most vulnerable population in our society?

From a medical to a social model of disability

On the lines of the shift from a medical to a social model of disability, disability is understood as a result of interaction between the psychophysical impairment of a person and the impact of the environment (Igrić, 2004). Disability in this sense is not primarily regarded as a result of the physical or psychological impairment, but as a decrease or loss of opportunity in the participation of everyday life due to the lack of opportunity and accessibility, as well as social and physical barriers in the environment (Igrić, 2004). When it comes to the violence against people with disabilities, Powers and Oschwald (2004) give a wide overview of different manifestations of violence:

WHO points out that people with disabilities run increased risk of becoming victims of violence, for example, speaking of children with disabilities the risk is four times bigger in comparison with children without disabilities (Hudges et al., 2012). Despite numerous researches and available data on violence against individuals with disabilities in the world (see the paper by Powers & Oschwald, 2004), scientists warn that this phenomenon is still insufficiently known.

When it comes to Croatia, Mihić Babić (2009) warns that the phenomenon of violence against people with disabilities in Croatia has largely been unexplored, also that there is no scientifically founded knowledge about it. In the Alternative Report on the Implementation of the Convention on the Rights of Persons with Disabilities from 2014 that was compiled by the Croatian Union of Associations of Persons with Disabilities, it is pointed out that there is no official keeping record of violence against people with disabilities, which is a problem of significant importance as these are individuals that run a higher risk, experiencing abuse from people in their immediate surroundings, even within the institutions where they are accommodated.

Thus, in the presentation of data covered by the Croatian Register of Persons with Disabilities (Štefančić, Benjak & Ivanić, 2018), not a single datum can be found on the violence against that population (prevalence, distribution, age and gender of victims, etc.). Some of the data can be found in an earlier report from the year 2016 (Benjak et.al., 2016), where it is stated that in the Register there are entrances for 186 persons with disabilities who were victims of some form of violence, out of which 123 male and 63 female persons, while 54% of cases were registered in the age ranging from 20 to 64 years. However, the authors of that report warn that the actual presence of violence is bigger, taking into account difficulties in detecting violence, which, as we can conclude from the report, are partly due to the fact that people with disabilities and their guardians do not report violence, and partly owing to the absence of a systematic collection of data when it is the case of this aspect of life of the people with disabilities:

“The problem of violence against people with disabilities is present, though it has to be pointed out that the rate must definitely be higher as these data are perhaps not always disclosed by the very individual or her guardian in the procedure of expert evaluation, while there is no mandatory field for these unwanted incidents in the disabilities assessment document. “ (Benjak et al., 2016, p. 18)

However, a number of researches carried out in Croatia do provide a partial insight into the violence that people with disabilities are exposed to. In the research that was carried out by Josipović, Najman Hižman & Leutar (2008) in the area of Zagreb and Međimurje on the sample of 50 respondents, people with intellectual disabilities, 51% of them gave an affirmative answer to the question whether anyone had ever hurt them; the most frequent being psychological violence (bad words, mocking and cursing), then physical (20% claimed they had been hit and 13% of respondents stated they had been beaten), while there were no victims of sexual violence. This investigation has also showed that it is most frequently the victims’ friends, parents or acquaintances that are violence perpetrators.

The research carried out by Šesto, Buljevac & Leutar (2015) on the sample of 12 professionals employed in the associations of persons with disabilities in five Croatian towns shows that violence against people with disabilities takes place in families, but also that professionals themselves can be perpetrators. The contribution to the understanding of this phenomenon was given by the research carried out in Zadar by Leutar, Vitlov & Leutar (2014) on the sample of 10 individuals with a mild and moderate intellectual disability; it showed that most of the participants in this research had been victims of some kind of psychological, physical and financial violence, having disclosed as perpetrators their friends, acquaintances and volunteers that provide them with support.

The mentioned researches present a preliminary and partial insight into the phenomenon of violence against adults with disabilities in Croatia. With regard to the lack of scientific knowledge on violence against this population, the question is how much it is actually spread, what all the forms are that it takes and who are its perpetrators. In any case, this part of the population has almost been left out from the endeavour to throw light on the problem of violence, obtaining relevant data as a basis for providing help and for the prevention of violence. Due to the fact that this issue has been neglected in scientific researches, there is certainly an unfavourable impact on the position of individuals with disabilities and on their exercise of the right to a secure life and protection. How is it that a society can provide support and help to this group of people if the actual state regarding violence is not known? 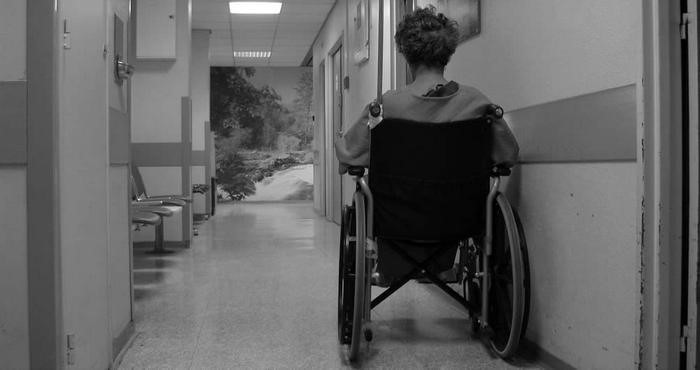 The lack of data and knowledge is thereby a greater issue as we are speaking of a marginalised population. People with disabilities are not wordless victims, namely this is a population that does not always have an adequate access to information and services in a community, however, they can speak without difficulties regarding their own rights and interests. The idea of self-advocacy that is particularly promoted in the work with people with disabilities implies that regardless of the impairment each individual can make decisions about herself at a certain level, can make choices, assume responsibility and ask for help and information (Alfirev, Bratković & Nikolić, 2002). Self-advocacy is in accordance with the empowering of an individual, among other things in order to enhance her capacity for dealing with abuse with the aim of preventing and detecting violence itself (Mihić Babić, 2009). However, it is important to emphasise that some support from the side is necessary in self-advocacy, namely, to the extent needed. I think that it is highly important to point out that next to self-advocacy and the support provided with it, it is necessary to pay a greater attention to the protection of this population, to the detection of cases of violence and to heightening the awareness of prevalence of this phenomenon.

Why are people with disabilities at a greater risk of becoming victims of violence?

Adults with disabilities are at a greater risk of becoming victims of violence by individuals without disabilities, violence against them being more present than in the rest of population, as numerous researches show (Reiter, Bryen & Shachar, 2007; Byrne, 2018). As it has been pointed out, violence takes place within the circle of known people, while beside family members and friends (Reiter, Bryen & Shachar, 2007), violence is also committed by people who provide care and support to people with disabilities (Moore, 2001), namely, guardians, care providers, assistants and volunteers. The vulnerability of people with disabilities and their reliance on the care of others, even a bully, brings them to a particularly hard position regarding their ability to recognise violence, confide in someone and report it.

The additional problem, according to Mihić Babić (2009), is the absence of education for people with disabilities on different forms of violence, also the lack of information on acceptable and unacceptable sexual activities. Violence perpetrators rely on the lower risk of being found out, while social service people working within institutions where people with disabilities are accommodated are not educated in knowing how to provide support and therapeutic care for the victims of sexual abuse or rape (Grossman & Lundy, 2008, after Milić Babić, 2009). Insufficient perceptiveness and education of people who provide help and support to victims of violence that have disabilities (Šesto, Buljevac & Leutar, 2015) have been recognised as a significant problem. Thus, in the Alternative Report submitted by the Croatian Union of Associations of Persons with Disabilities, it is stated that counselling services and systems of protection “…are not effectively prepared for the interaction with victims that are with disabilities.” (p. 14)

The increased risks partly result from the social isolation and manipulation of people with disabilities, namely, victims of abuse often have the idea that the violence against them  makes part of and is an acceptable form of interaction with the surroundings (Mihić Babić, 2009), while some suffer violence fearing institutional accommodation (Šesto, Buljevac & Leutar, 2015). Manipulation becomes especially prominent regarding people with intellectual disabilities. The investigations show that they are 4 to 5 times more at risk of becoming victims of violence in comparison with people without disabilities (Reiter, Bryen & Shachar, 2007). In the investigation carried out by Northway et al. (2013), people with disabilities spoke of the way in which they experience violence, some of them saying that by being abused they are getting the message that their life is worthless. In detecting violence, it is necessary to take into account difficulties in communication and confiding, especially when it comes to the confiding of people with more severe intellectual disabilities. Many individuals with disabilities face the fear of backlash and are afraid they will not be believed, or they do not have someone they can trust and who they could tell about the abuse. All of these circumstances contribute to the fact that violence remains hidden. In the research carried out by Josipović, Najman Hižman & Leutar (2008), a third of respondents who answered affirmatively that they had been victims of a form of violence, also said that they had never disclosed the abuse they had experienced.

Do they have a chance?

Byrne, G. (2018). Prevalence and psychological sequelae of sexual abuse among individuals with an intellectual disability: A review of the recent literature. Journal of Intellectual Disabilities, 22(3): 294-310.