Economics of crime – an introduction

Economics of crime was established over 50 years ago with the seminal work of the Nobel Laureate Gary Becker (Becker, 1968). Although probably not knowing it at the time, Becker created a blossoming and, even today, a fast-growing research area. In this brief introductory text, I will introduce the key elements of the field.

The basic idea of the economics of crime is that crime also constitutes as an industry, although not a legal one. That is, it is also necessary to invest labor and capital into crime in order to get a return. Moreover, crime also has its costs, both for society and for the perpetrator. Economists often use the so-called homo oeconomicus in their analysis, which refers to “an imaginary, perfectly rational, and a self-interested individual who consciously makes optimal decisions for oneself”. Economics of crime observes this type of individual in the context of committing a criminal offense. In particular, this imagined individual uses available information to estimate whether it is profitable to enter the ‘crime industry’. In order to make this decision, the person needs to evaluate the expected costs and expected benefits of committing a crime but also expected costs and expected benefits of honest work.

For example, let us say that the average wage in a city is 400€. Let us also say that the unemployment rate in the same city is around 20%, with the unemployment benefit being 200€. In the same city, police is not very efficient, and the clear-up rates for violent robberies are just 30%, and, if caught, the average penalty for violent robbery is around 3.5 years. To put everything in monetary terms, we need to estimate the opportunity costs of being in jail. Let us say that for 3.5 years in jail, a person could earn 14,000€. Finally, the potential loot of a robbery is 10,000€. Now, the potential offender can calculate the expected return from honest work:

On the other, he/she can also calculate the possible returns from committing a crime. If the clear-up rate can serve as a proxy for the probability of getting caught, which is 0.3, if a person is caught, the expected return must be reduced by the cost of punishment. Thus,

Therefore, in the imagined scenario, homo oeconomicus would probably choose crime. However, there is one more variable, which is unobserved – the psychological cost of committing a crime. This variable explains why some people, in the same context, become criminals while others do not. 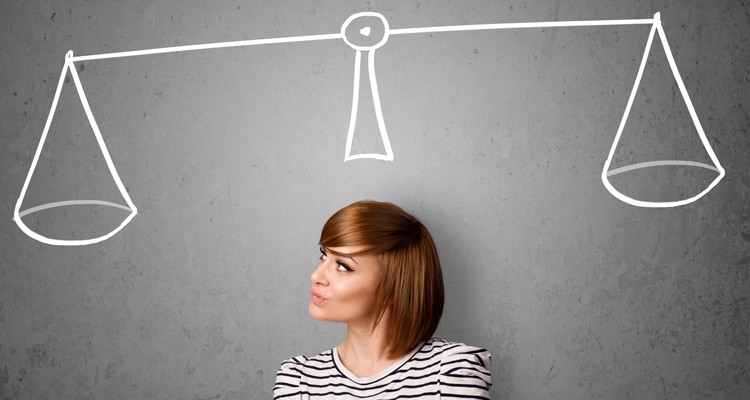 When considering the whole economics of the crime research area, the above-presented model offers just a tip of the iceberg. Cook et al. (2013) summarized the key areas with contribution of economists as follows: (I) a normative framework for evaluating criminal law and crime prevention, (II) application of quantitative methods to analyze the causes of crime, (III) criminal behavior as individual choice, and (IV) understanding crime rates and patterns (Machin and Marie, 2014).

In order to put everything into perspective, here’s an overview of a few recent economics papers that illustrate the usefulness of economic analysis of crime and violence.

In Italy, Pinotti (2015) explores the causal effect of organized crime on economic development by using the synthetic control method and comparing synthetic southern Italy to actual southern Italy. His results showed that the presence of organized crime lowers GDP per capita by 16%. Mocan and Tekin (2010), that explored whether being attractive reduces a young adult’s propensity for criminal activity, found that “a labor market penalty provides a direct incentive for unattractive individuals toward criminal activity." Furthermore, Bell, Bidler and Machin (2018) analyzed the effect of entering a labor market in a recession on probability to become a criminal and found that “young people who leave school during recessions are significantly more likely to lead a life of crime than those entering a buoyant labor market." On the other hand, Jakiela and Ozier (2019) explored the impact of violence on individual risk preferences. They used the exogenous variation in exposure to civil conflict in Kenya to estimate the effect and discovered that the violent crisis sharply increased individual risk aversion. Interestingly, Doleac and Sanders (2015) explored the causal impact of daylight saving time (DST) on criminal activity by using the regression discontinuity design. Their main line of reasoning is as the following: “If criminals are less likely to offend in broad daylight, and schedules relative to clock time are mostly fixed (as for those with “9 to 5” jobs), the amount of ambient light at key hours could affect public safety, which suggests society could reduce the overall social costs of crime by simply shifting the clock.” (Doleac and Sanders, 2015:2). They found a 7% decrease in robberies following the shift to DST and estimated that the annual cost savings from avoided robberies due to DST is $59 million.

While there was some critique of Becker’s work and the so-called economic imperialism, defined as the economic analysis of seemingly non-economic aspects of life such as crime, it is evident from the listed studies that economic analysis is useful both for scholars and policymakers alike. As Machin and Marie (2014) argue, it is here to stay.

Ehrlich, I. (1973), Participation in Illegitimate Activities: A Theoretical and Empirical
Investigation, Journal of Political Economy 81, 521–565.