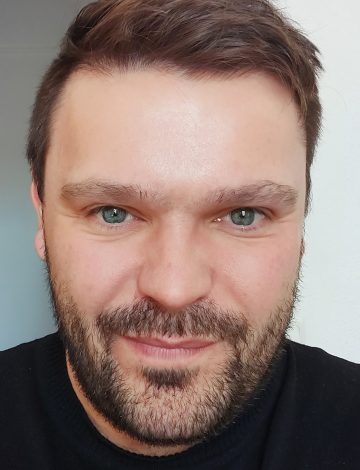 Nikola Šimunić is a research associate employed as postdoctoral researcher at Institute of Social Sciences Ivo Pilar. He earned his master’s degree in 2010 in applied geography at the University of Zadar. In 2017 he received his Ph.D. in geography. He was employed as a junior research assistant in 2012 at the Institute of Social Sciences Ivo Pilar. He was promoted to Research Associate in 2018. After a brief termination of employment due to the expiry of his contract, he was reemployed as a postdoctoral researcher in 2018 at the same Institute. He worked as an External Associate at the University of Zadar, Department of Teacher Education Studies in Gospić, as well as at the University of Applied Sciences “Nikola Tesla” in Gospić. In his scientific work he has published scientific papers and he has participated in international and national scientific conferences. He participated in organizing several scientific conferences as a member of Organization Committee. He made several professional surveys for external clients, as well as several general and thematic cartographic representations for institutions and authors. He is engaged in several scientific projects. His main scientific fields of interests are demography, regional geography and geographic information system (GIS), while in narrow sense he researches demographic characteristics of certain areas, regionalization and NUTS regions focusing on Adriatic Croatia, researching spatial relations of violence phenomenon, as well as analysing and GIS mapping. He is a member of Croatian Geographical Society and Croatian Mountain Rescue Service. He is also a member of the Comitee for Education, Culture, Science and Sports of Lika-Senj County.